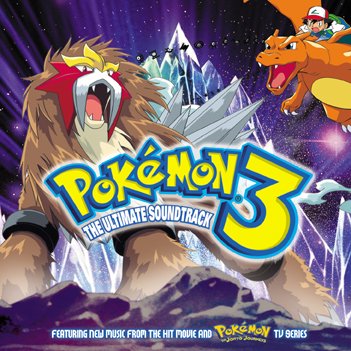 The soundtrack to Pokťmon 3: The Movie (2001) was pretty much Totally Pokťmon with a couple of different songs; it's basically pointless having both unless you're a Pokťmon fanatic (like me XD).