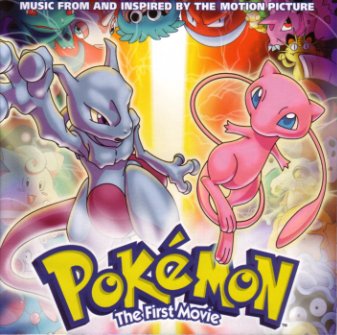 The soundtrack to 1999's Pokťmon: The First Movie had a heap of big names on it, including Britney Spears (o_O), Christina Aguilera (Yeah!), *NSYNC and 98ļ...

Owners of this disc should be able to access film clips via the Internet, although I think that site was taken offline a while ago as I could never access it (I had the CD for my 12th birthday). The CD case insert unfolds into a movie poster.